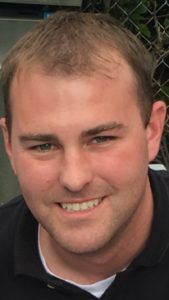 Humes, Kevin William passed tragically at the age of 35 on May 16, 2020. Beloved son of Steven and Margaret “Peggy” (nee Phillips) Humes. Loving brother to Steven A. (Alison) Humes, Kelly A. (Michael) McLarnon, Shelagh M. (Nathaniel) Wagner, and Kyle M. Humes. Adoring uncle to Andrew, Erin, Madison, Ryan, and Emily. He will also be missed by his aunts, uncles, cousins, and many, many friends.

Kevin was born on May 20, 1984 in Philadelphia, PA and grew up on Glenview Street in the Mayfair section of the city. His childhood days were spent playing games in the driveway with his siblings and neighborhood friends. Kevin was known for his playful side and never missed a chance to play a prank on his friends and family. His younger siblings knew that they could always count on Kevin to find the Christmas presents early, waking them up in the middle of the night to show them while Mom and Dad were asleep.

At an early age Kevin started attending boy scout meetings where he made life-long friends and memories, ultimately earning his badge as an Eagle Scout and a nickname of “Boy Genius.” The lessons he learned about honesty, loyalty, and kindness and a love of the outdoors followed him his whole life. Before his passing Kevin had recently completed several hikes on the Appalachian trail.

As a student Kevin excelled in Math and Science and had a natural gift for problem solving. He loved to make things out of Legos, build all sorts of contraptions, and figure out how things worked. He attended Carver High School for Engineering and Science where he participated in the robotics program and science-based competitions.

After high school Kevin attended Ursinus College before ultimately transferring to Penn State University where he graduated with a degree in Finance. During college he began to work part-time at UPS as a package loader to help with the cost of higher education. Upon graduating Kevin accepted a full-time role with the company where he continued to work for the remainder of his life. He held several positions spanning many departments and was most recently working as an Operations Analysis Supervisor at UPS headquarters in Atlanta.

Until his recent relocation to Atlanta last August Kevin lived his entire adult life in Philadelphia. He spent several years in the Manayunk section of the city where he made many friends that shared his sense of humor and enjoyed the nightlife on Main Street. His weekends were filled with softball games followed by good times with friends afterwards playing the juke box, watching sports, and telling jokes.  He was a fan of all the Philadelphia sports teams and would put together the best tailgate parties at Eagles and Phillies games, always making sure everyone was invited and having a good time.

Kevin was fun, genuine, caring and loved by so many people. Despite being hundreds of miles from his family, he talked with them every day. He had a playful spirit that came out when he would play with his nieces and nephews teaching them tricks that only uncles can. Every year he looked forward to Memorial Day weekend as it kicked off the first of many trips to Sea Isle City, his favorite Jersey Shore destination.

It is with endless sorrow that we say farewell to our dearest Kevin. A moment will not pass that could not have been made brighter by his spirit. He will be forever in our hearts as we carry him forward with cherished memories of his life.

Kevin’s family would like to thank you all for your thoughts, prayers, and support at this time. Due to current circumstances the funeral service for Kevin will be private.